On Orkney you can discover the Ness of Brodgar. It is perhaps the oldest and arguably the most significant of neolithic centres, certainly in Britain but also in the World.  It is a UNESCO World Heritage Site.

Archeological excavations are still on going at the site of a large settlement of dwellings and community structures.  On our visit these had been covered for protection over the coming winter… so, a return visit is I guess necessary.

It was the ‘henges’ that were the attraction for us and nor were we disappointed.

The Ring of Brodgar is perhaps the most dramatic.  It is a true ‘henge’ of over 60 stones of which only 27 remain.  Erected on a raised ground with Lochs on both sides the Stones cover a large heather covered area.

A little more than a stones throw from the Ring of Brodgar is its near twin.

The Standing Stones of Stenness.

The henge whilst much smaller, is the most ancient of the two sites.  It is also very different in character and for me the favourite of the two. Dating from sometime before 3300bc., Stenness henge consist of some12 stones, some 16ft high, thinner than the Brodgar stones and erected on what appears to be a flatter site. 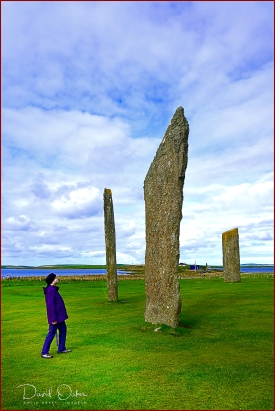 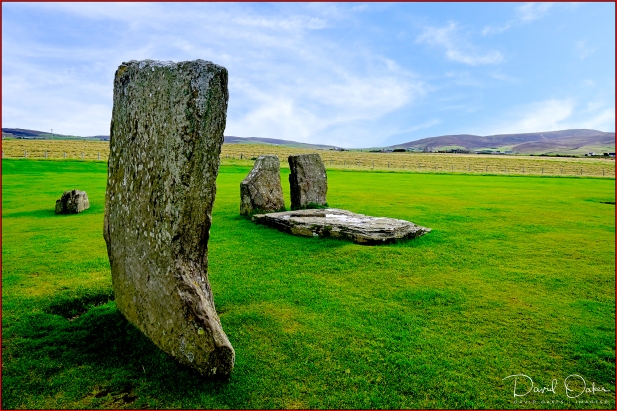 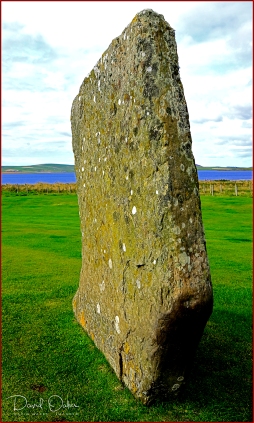 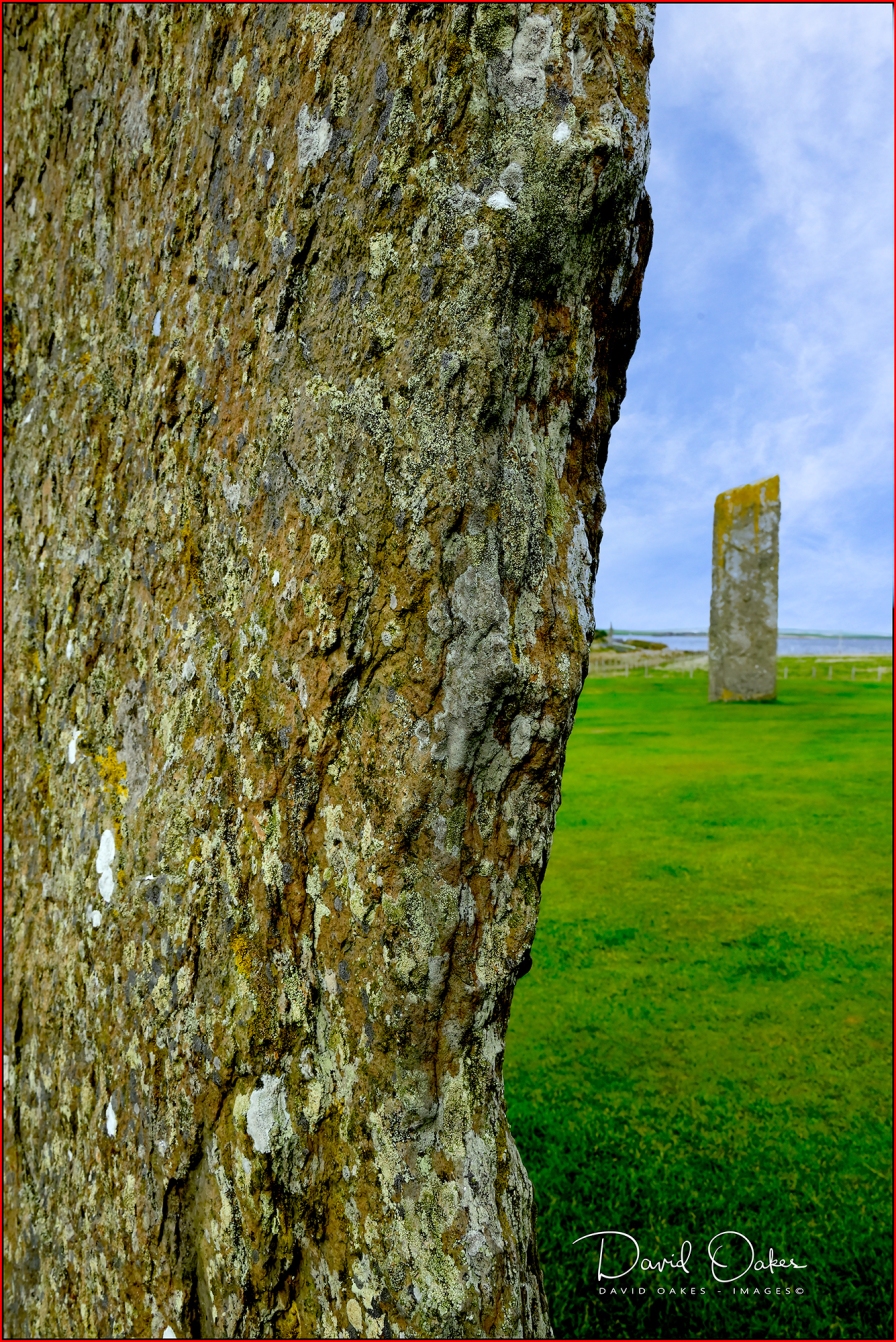 It is only when you get up close and personal that you appreciate the size of these mammoth stones, the scale of the site but also the task of moving and erecting the henge.

The Ness of Brodgar is literally littered with neolithic sites.  Settlements, Burial Cairns and Chambers. It is believed much more is yet to be discovered.  Archeologists are planning next year’s dig, whilst this year’s new finds still are still being analysed.

I wonder what else will be discovered….. just another excuse for us to plan another visit.

Whatever is in store for you, now and in the future… as always….