The Palace of Comares, Alhambra

High on a Red Hill stands the ancient Royal City and Palace we  know as Alhambra.  It was created as a defensive Hill Fort and within its high walls was constructed a Palace, Mosques, Houses, Gardens, Garrisons and Stables and everything else for an independent and secure city.

Built over a number of centuries by Muslims Rulers who controlled Andalusia and was subsequently secured by Christian forces it has by nature had a chequered history. As each subsequent ruler, Muslim or Christian inherited Alhambra they added there own Palace….so now it is a collection of Palaces that you visit.

The name Alhambra is thought to be derived from al-hamra , a combination of red (from the soil of the hill) and Muhammed al-Ahmar ibn Nasr the founder of the Fortress.

Alhambra is considered one of the finest examples of the earliest Muslim Art.  It is also an eclectic mix of styles as influences changed from eastern to western.

The exteriors are dramatic but the interior is breath-taking.  Intricate carved stone, lace like and coloured, tiles and mosaic patterns that convey religious messages.   Water and gardens are incorporated into these spaces as places for cool contemplation and leisure. Dark for shade and windows for air circulation.  But above all are the dramatic carved ceilings and tiled domes.

So lets take the tour….

That is just the short version…you need to visit for yourselves to get the true magnitude of what was created.  As with so many major locations you need to book in advance.  It will still be very busy but full marks for organisation as the tickets are timed to control the flow of visitors…not perfect but it works better than most. As for time well even a good day will not cover everything and a guide is valuable.

But we haven’t finished…. tomorrow we Tour the Gardens in what is known as the Generalife Palace 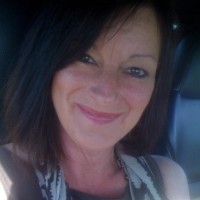 Woman to Woman and Heart to Heart...helping each other on our journey