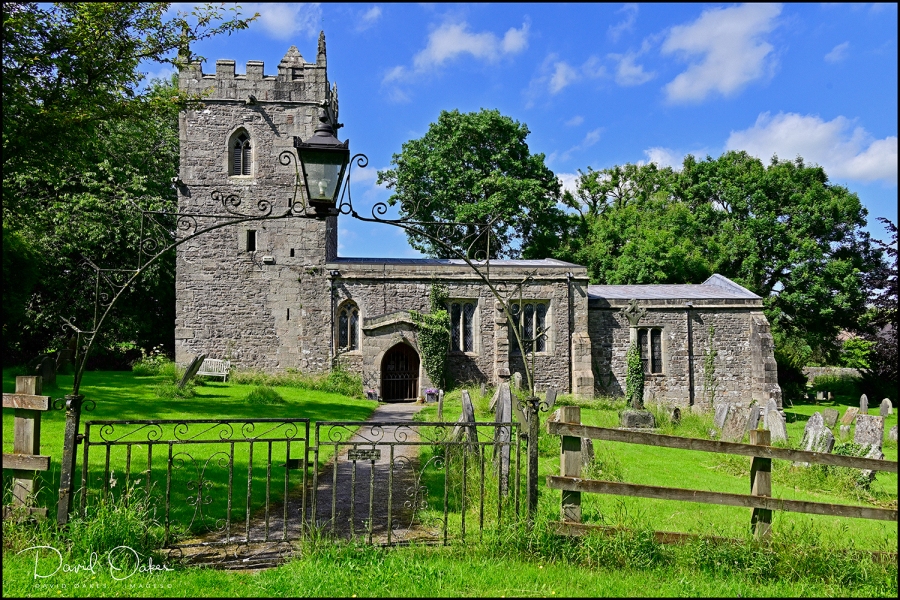 Hiding away behind a stand of trees, high on the edge of the Staffordshire Moorlands can be found this very old, rugged, yet very beautiful historic Church dedicated to St. Bartholomew. It has served the hamlet of Blore and the Lord of the Manor who lived in Blore Hall since 1100ad.  I did say hiding away, I guess many who travel this way pass by, unaware of this treasure that lies down a narrow lane and behind the trees.

It is suggested that whilst the main body of the church does date to  circa 1100 it is possible that it stands on a site of a much earlier place of religious significance.  That wouldn’t be very surprising, so many of our Churches and Cathedrals occupy ground or buildings that had previous religious connections.

Over time, what was once a simple building has been enlarged and features added. These changes always seem more obvious from the outside, different heights, widths and protrusions mark these changes.  Then as you pass through the Norman Porch and enter the church it all seems much more complete.

A simple altar backed by a tall stained glass window..  All separated from the nave by a a unique 16th century oak carved screen.. The stone font stands by the entrance, as was the custom.  A simple but grand interior. 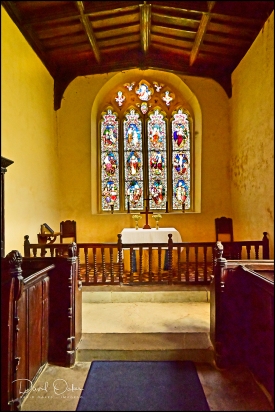 For many centuries Bartholomew’s was supported by the Lord’s of the Manor, The Bassett Family, who as mentioned, lived in nearby Blore Hall.  It was the Bassett family, who in the 16th century, had the traditional hard Oak pews installed.  Prior to that, as was the custom of the time, the congregation all stood together.  Then in the 17th century the box pews to the right of the nave were installed…. for the use, no doubt of the family, and others who could pay a so called “Box Fee”

To the left of the nave in what was once the Lady Chapel, behind another carved wood screen, can be found the very magnificent Bassett Tomb.  Carved from alabaster, this is grand indeed.  It importance as significant work of art, is underlined by the interest that the Ruskin, Morris and Carlyle observed.  In 1876 they were instrumental in founding the Society for the Protection of Ancient Buildings.  which was followed by the creation of the Ancient Monuments Act.  The Bassett Tomb was one of the first monuments to be repaired. 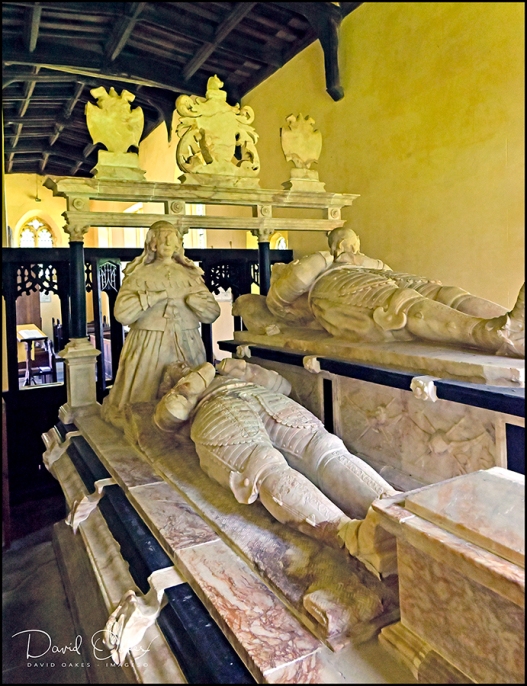 There is an inscription on the tomb that notes the importance of the Bassett Family for their loyalty, from the times of the Norman Conquest.  Today they remain and important royal link with a family tree that runs directly back(or forwards) from our Royal Family of the 21st century.

An important historical link…. rather surprising for this modest moorland church…

Where ever you are today and whatever you  doing…

One thought on “Silent Sunday….. A Church in Hiding”